I hate smoking, I really do. Still I don't seem to be able to quit! I've actually identified two reasons for my addiction; that's the correct term if I'm being honest with myself but more on that later. What I wanted to talk about is the 30-day challenge I decided to embark on which has a lot to do with all the publicity on the radio and TV regarding Stoptober, an initiative by the NHS to help people quit smoking. The name is an abbreviation of the words "Stop" and "October" as the stop smoking challenge happens in the month of October. There are lots of help and support from the NHS website regarding this, so do check them out if you want more information. 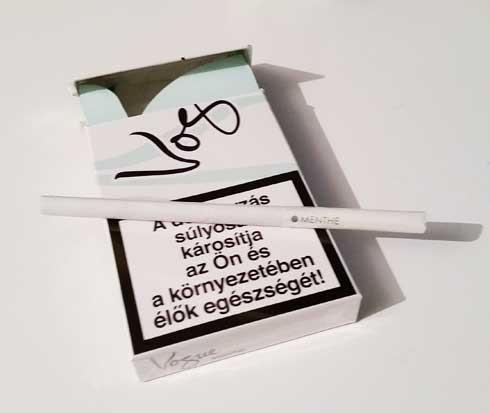 There are a number of things which comes to mind:

Essentially it boils down to two things - peer pressure and my reluctance to want to deal with the problems I want to avoid facing. During periods of high stress, I found that smoking makes my present more bearable. It actually prevents my brain from functioning properly and therefore knocks out my sense of reasoning which makes me forget about the problems in my life for a short time.

Why I hate smoking

We all know about the many problems associated with smoking like lung cancer, heart disease, respiratory diseases, teeth problems etc but that doesn't stop people from lighting a cigarette. We understand the health issues but we don't realise the consequences until we're diagnosed with a particular condition affecting our 'normal' living. It's the same thing with me but my main reason for loathing smoking is because of the following:

Why I am doing this challenge

I'm not a heavy smoker, no. I like to think of myself as a casual or social smoker. However in the last year, I seemed to have gone from smoking occasionally to smoking only at weekends to smoking everyday. You just think you're still in control and can quit anytime (which is not true btw).

So I thought doing the Stoptober Challenge will be a good way to prove myself. As a matter of fact, 2 days before the challenge began, I stopped because I got food poisoning. The beginning of the challenge was smooth, I didn't even think of cigarettes. However half way through, when I was experiencing moments of high stress, I started having cravings. I did not succumb to them though and even when I went out with my friends, I still remained smoke-free.

I have to admit that I did not make this challenge public because I didn't have faith in me; if it's only me knowing, then I can break the promise without feeling like I'm a failure in others' eyes. There's still 4 more days to go with the challenge but I'm confident now I'll be able to complete it successfully.

I also wanted to sign up for GoSober which is about a "Stop Drinking" campaign happening in the same month (yes, October again) aiming to raise money for charities from all the sober heroes but I'm not a big drinker as it is, so I gave that one a pass.

One thing I forgot to mention is that when I actually think I'm paying £9.80 for a packet of Superkings to harm my health, it just doesn't make sense from that perspective. I concluded if I have the money to waste on cigarettes when there are people out there who it need the most (starving kids in Africa comes to mind), it's better to donate it to charity or use it for another good deed instead. Wouldn't you agree?

gices Published 27 Oct 2014
Gices Abraham is the founder of Clever Dodo. He's a life coach and advocates the practice of LAM (Locomotion/Arts/Meditation) for a well-balanced and happy life. Born in Mauritius and now living in the UK, he usually blogs about fitness, music, spirituality and driving topics to pass on his knowledge.

so you've been able to change your smoking lifestyle to a sports one?

Yep and I love it.

Do you or have you smoked before? If yes, what's your story?

I don't smoke. I;ve been an athlete for the past 15 years. Smoking would have reduced my performance. I don't smoke or drink alcohol as a preventive measure because i do have an addiction issue. it's just not visible and many people don't know. I try to control it. ...

Well it's good you do neither as they are both harmful. This is what I like about exercise, it compels you to give up bad habits.

for me it's more about staying stable mentally and my social circle. I need to get back to sports as soon as possible

You vs Ego: Someone annoyed you by blocking your driveway

1 replies
178 views
Helping the Homeless by Giving Food, Clothes and Just Being a Good Listener

4 replies
844 views
Why can’t you be happy for other people’s success?