My Day Volunteering to Help Out At A Local Community Centre

I was really looking forward to help out at a local event in my neighbourhood and when I found out that Grovehill Community Centre in Hemel Hempstead were organising a Pre-Xmas event on 08 Nov 2014 and were looking for volunteers to assist them on the day, I immediately got in touch with them as that was one of the things on my TODO list for this month. This was going to be a first time for me and I didn't really know what to expect.

A couple of days before the event, I received a call from Vikki, the woman who was organising the event, and she wanted to meet me before the actual day. I could only make it in the evening during the week as I work full time and she said it was fine to just come up on the day.

What Happened When I Arrived

On the Saturday morning of the event, I reached the local community centre at 10:30 and was greeted by the few people who were already there. The hall was empty and we needed to organise the stalls and everything else before 13:30 as that's when the public would be allowed in. Vikki knew exactly how she wanted things laid out and the rest of us just had to follow her lead. 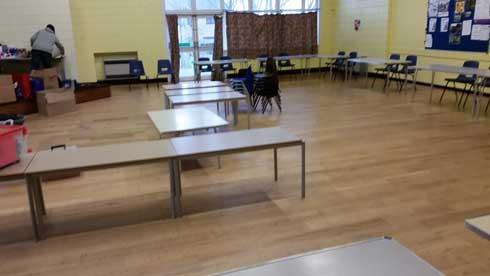 I must admit it would have been nice if she introduced me to the rest of the crew to make me more comfortable but I guess she was just too busy with all the things she had to do.

What I Was Tasked To Do

She told me my primary task would be to look after a stall selling cakes. I told her I had no problem doing that and I would gladly help with any other general tasks. So we started getting the stalls from the other room, opened them as they were folded, cleaned them and placed them according to the stall plan Vikki had drawn.

Once this was done, I was shown a stall in the restaurant area and was asked to organise the table neatly to show the cakes one of the other organiser had baked. Honestly, I'm not a creative person but I tried my best to decorate the table as best as I could. I even went on the internet on my phone to find out how to fold napkins to make them look fancy. You can see the end result for yourself below. 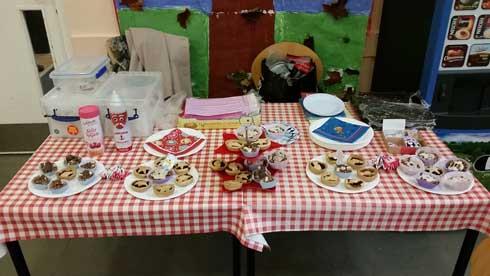 We had minced pies, cupcakes and some other cakes and they were either 30 pence each or 4 for a pound. Not bad at all, right? Anyway, after I finished decorating my stall, I helped out blowing the inflatables for the children's playarea and putting out all the toys which were required. 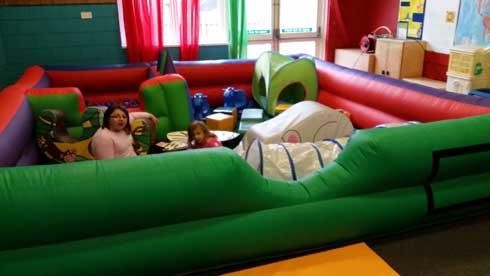 Meanwhile the people who've booked a stall (I think it was £10 per stall) at the community centre were coming in and started to lay down their merchandise. Things were getting busy and soon everything was ready. Here are some pictures of the main hall, the kitchen, the stalls etc. 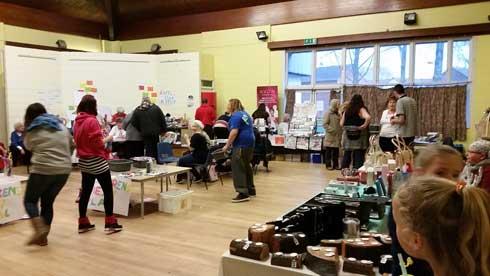 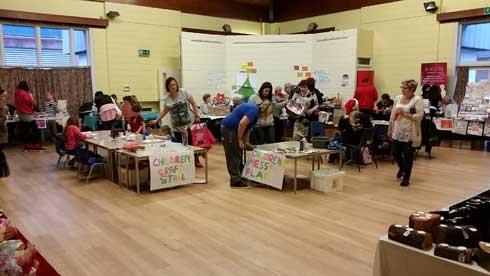 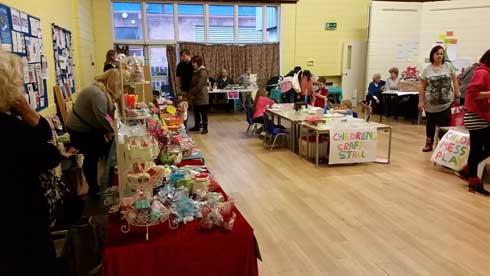 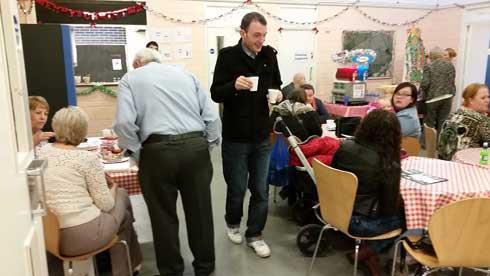 It turned out the stall I was given was really for another person but Vikki thought she wasn't coming but she ended up showing up in the end. It was Joan, a lovely elderly woman and together with her friend Eve, we sold as many cakes as we could. During my conversation with Joan, I mentioned I wanted to help older people but many places want you to become a regular helper and asks for CRB checks before you can volunteer. This is when she asked whether I would be kind enough to help tidy up her garden and I gladly agreed. What a coincidence this was!

As there were 3 of us at the cake stall, I wandered around regularly asking if anyone wanted help. In the end, I found myself looking after the playarea and this is where I met Ann who I promised I would help fixing her laptop.

By 4.30pm, not many people were coming in, probably because it had rained earlier and the organisers decided it was time to announce the winners for the raffle tickets. This took a good whole hour and I'm not sure why. However some of us started tidying up when we saw a lot of the sellers were packing up and leaving.

I deflated the toys in the playarea and did bits and bobs around. Then I went to the main hall where we were told to sort out the sparkles and tiny bits the children have used in the messy area into their respective containers. Afterwards, I got bin bags and picked up rubbish on the floor. I was a bit tired but didn't want to leave as long as they needed me. 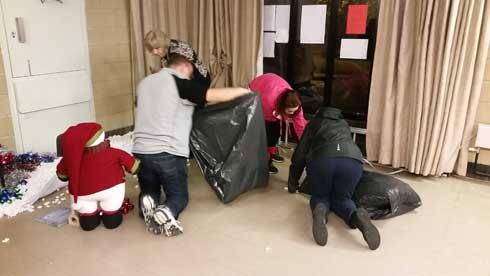 We were packing the decoration in Santa's room in boxes when Vikki walked in and shouted something and left. All of us helpers were puzzled as it seemed we were doing something wrong and she was annoyed as a result but there was no one to tell whether they wanted things done a specific way and we were just doing what we thought was helpful. Anyway, Vikki came back to the later and without speaking or even looking at any of us, she just grabbed one the boxes we packed, took out the train set from it and put it in its special train set box.

I realised there were too many helpers and I decided to leave then (at around 18:15).

How Much We Raised For Charity

It turned out we raised over £300 for charity. This was quite an achievement but unfortunately the stall people didn't have many sales. From what I remember, there were people selling slushy drinks, ornaments, house decoration, shoes, clothes and other things but what caught my attention was the lady who came in with an Owl. It was £2.50 to hold the Owl and when I spoke to her, she told me the great story - the mum died and 3 eggs were found in the nest and someone helped hatched them and she took care of one and had to put mice in a blender to feed the owl when it was little. The lady really did an amazing job and the owl is a really beautiful bird now.

My Experience About It All

It was my first time volunteering for a day event and it was quite nice doing something for a good cause for free. However I was without food for the whole day, I thought they would give some kind of food (a sandwich maybe) to the volunteers but it seemed that everyone (organisers and others) cared only for themselves and those they know. It's not a big deal and if I'd known I would have brought my own lunch. Although I had money on me, there was no place nearby to buy food and I didn't want to leave just in case they needed me. So when I got back home at 18:30, I was famished.

Besides the not-providing-food thing, I actually enjoyed the experience. I met nice people and I was happy to contribute to the event.

gices Published 23 Nov 2014
Gices Abraham is the founder of Clever Dodo. He's a life coach and advocates the practice of LAM (Locomotion/Arts/Meditation) for a well-balanced and happy life. Born in Mauritius and now living in the UK, he usually blogs about fitness, music, spirituality and driving topics to pass on his knowledge.
Like what you see?

Why is it so easy to point out mistakes in others than recognising goodness?

0 replies
178 views
Helping the Homeless by Giving Food, Clothes and Just Being a Good Listener